Over the next 100 years many scientists predict that 20 to 30 percent of species could be lost if the temperature rises 3.6 to 5.4 degrees Fahrenheit.

If the most extreme warming predictions are realized, the loss could be over 50 percent, according to the United Nations climate change panel.

In Kenya alone, over the past two decades, an increasing number of farm settlers who have moved to farm have encroached on bird habitats and reduced bird populations by deforestation and converting grasslands into farmlands.

The early effects of global warming and other climate changes have helped send the populations of many local mountain species into a downward spiral, from which many experts say they will never recover.

Polar bears have become the most vulnerable of this warming threat. But scientists declare that tens of thousands of smaller species that live in the tropics, on or near mountaintops are also equally vulnerable.

These species in habitats, from the high plateaus of Africa to the jungles of Australia to the Sierra Nevada in the United States, are already experiencing climate pressures, and will be the bulk of the animals that disappear.

In response to warming, animals usually move to cooler ground, relocating either higher in altitude or toward to either North or South pole.

In the tropics, however, animals have to move hundreds of kilometers north or south to find a conducive place.
Mountain species face bare limitations: As they climb they compete for less and less space on the conical peaks, where it can be scarce for them to find a habitat and food to eat.

“It’s a really simple story that at some point you can’t go further north or higher up, so there’s no doubt that species will go extinct,” declared Walter Jetz, professor of ecology and evolutionary biology at Yale University.

His research of last year predicted that a third of the 1000 mountain birds he studied would be threatened because warming temperatures would decimate their habitats.

Birds are good barometers of biodiversity. The vastly diminished populations of the mythic birds of Kikuyu culture of Kenya, like buzzards, owls and hawks are noted. The loss of bird species means that some plants have no way to pollinate and die off as well.

Dominic Kimani, a research ornithologist at the National Museum of Kenya, combed a pasture on the Kinangop Plateau for 20 minutes before finding a single Sharpe’s longclaw where they used to be seen everywhere some years back but now they can hardly find one.

At the same place, Kimani exults when he finds a Hartlaub’s turaco once a common sight but now it’s harder to find after engaging local young people to help locate the bird.

The turaco could lose more than 60 percent of its already limited habitat if current predictions about global warming are accurate, Dr. Jetz said.

Some species that scientists say are at most risk in a warming climate are already considered threatened or endangered, like the Sharpe’s long claw and the Aberdare cisticola in Kenya.

The cisticola which lives at altitudes above 2,300 meters, is considered endangered and research predicts that climate change will reduce its habitat by a further 80 percent by 2100. 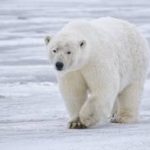 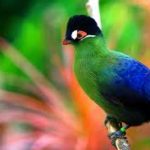 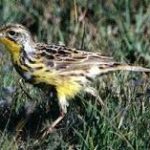