The groups pushed for the protection of the world’s largest marine reserve in Antarctica’s Ross Sea region and prevent the same from ‘industrial scale’ of fishing ruining the pristine ecosystem.

“The Ross Sea is one of the world’s most amazing and relatively untouched marine environments,” the alliance’s US adviser Chuck Fox said at the launch of a report outlining the proposal in Wellington.

Fox said that while New Zealand and the United States had also outlined plans to protect the Ross Sea, their proposals did not go far enough and would not prevent commercial fishing in the area.

He said the international organization charged with managing the southern seas, the Convention on the Conservation of Antarctic Marine Living Resources (CCAMLR), was set to decide on a network of marine reserves this year.

But Fox said CCAMLR was making its decision behind closed doors and the alliance was launching a worldwide petition titled ‘Join the Watch’ demanding the best possible protection for the Ross Sea.

The petition has attracted high-profile supporters including British tycoon Richard Branson and Hollywood actor Edward Norton, who said it was vital for the public to lobby CCAMLR as it decides the Ross Sea’s fate.

“There’s a moment of opportunity here to apply pressure and send a signal that millions of people are watching this process and are saying ‘don’t let us down’,” he said.

The report said the Ross Sea was home to large numbers of seal, seabirds, whales and squid, as well as the Antarctic tooth-fish, a slow-growing species which lives up to 50 years and has been decimated by fishing in recent years.

It said Antarctica was also a critical resource for studying climate change, with its ice cores providing valuable data on greenhouse gas levels and temperatures.

“A large-scale (Ross Sea) marine reserve would be an important and inspirational step for marine protection both in the Southern Ocean and globally,” it said. 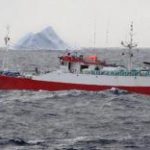 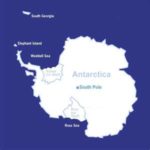