Obesity rates have doubled worldwide in the past 30 years, coinciding with a growing food surplus, and the ensuing epidemic has sparked a multibillion dollar weight loss industry that has largely failed to curb the problem.

Current standards in the United States, where sixty six percent of people are overweight or obese, advise people that trimming down calories by a certain amount will result in a slow and steady weight loss over time.

But that advice fails to account for how the body changes as it slims down, burning less energy and acquiring a slower metabolism, researchers told the American Association for the Advancement of Science (AAAS) meeting in Vancouver.

The result is a plateau effect that ends up discouraging dieters and sending them back into harmful patterns of overeating.

Everything people know about dieting is wrong, say US scientists who have devised a new formula for calculating calories and weight loss that they hope will revolutionize the way people tackle obesity.

As an example, researcher Kevin Hall, a scientist with the US National Institutes of Health (NIH), purchased a large vanilla latte that contained about 240 calories.

“The notion was if I drank one of these every day and then I replaced it with just black coffee no sugar, then over the course of a year I should lose about 25 pounds, and that should just keep going,” Hall said.

“People have used this sort of rule of thumb to predict how much people should lose for decades now, and it turns out to be completely wrong.”

Hall said, his work aims to ‘come up with better rules and better predictions of what is going to happen when an individual changes their diet.’

He and colleagues said their scientific model is aimed to help doctors and policymakers, while a ‘back-of-the-envelope calculation’ for consumers means cutting small amounts of daily calories, but expecting to cut more over time.

The new model gives dieters one calorie goal for short term weight loss and another for permanent weight loss. Exercise is also calculated in to help set realistic goals.

Tests on small numbers of adults who were fed strictly controlled diets showed the model was accurate, though real-life situations are harder to predict.

“It is essentially one cookie different a day, so a 150 calorie cookie leads to a seven kilogram (15 pound) difference in weight. That is huge in my opinion,” Chow said.

Their model was first published in The Lancet in August 2011.

Also, if a dieter enters an extreme weight goal, the number of calories the model returns may be much too low to be realistic or healthy, so it needs an expert’s interpretation. 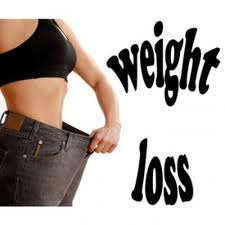