World Wide Fund for Nature (WWF) is disturbed by reports that the poaching continues unabated in Cameroon and where life of a soldier was lost.

The government has put the number of elephants killed since January at 128, but the park says more than 480 have been killed.

The conservation watchdog sought assurances from President Paul Biya that he would do whatever necessary to protect the remaining elephants, there and also in other parks.

Cameroon’s rangers were not properly trained or equipped to deal with the scale of the poaching problem, WWF said.

WWF’s central Africa representative Natasha Kofoworola Quist said at least half of the elephants in the 220,000 hectare park may have been killed.

“The forces arrived too late to save most of the park’s elephants and were too few to deter the poachers,” WWF said of the massacre of the animals for their ivory.

At least three the number of deaths, two soldiers and a poacher, since about 100 soldiers were deployed two weeks ago.

The WWF urged Biya to bring the poachers to justice, and to engage the governments of Chad and Cameroon from where the poachers allegedly come.

“Rangers’ lives are being lost in this battle. The honorable men and women who are putting their personal safety at risk to protect wildlife and to serve communities near protected areas deserve better from their leaders,” WWF said. 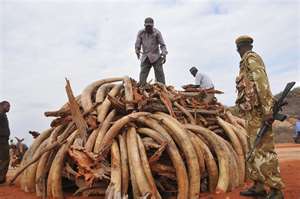 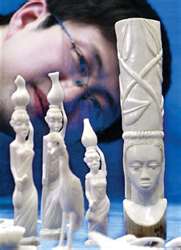