France is among the largest population of Muslims in Europe, and with the country’s ensuing discussion in terms of integrating them in the mainstream of French society, it could have a primary impact on the food culture as well.

A number of French supermarkets has devoted an entire aisles to halal products that includes chicken, paella and lasagna.

The proliferation of halal has caused protest, with some government officials denouncing it as spreading ‘sectarianism’ and inviting discrimination against non Muslims.

Even French charcuterie and catering brands have introduced halal lines, while Evian put a halal stamp on some of its bottles to reassure its Muslim customers that the bottles had never been in close contact with alcohol, which would render the water haram or unclean.

Brands like Roger Vidal, a quintessentially French manufacturer of foie gras and terrines, have invested in this new wave of gastronomic halal.

Some stylish Parisian restaurants have begun, discreetly, making their menus halal as well. Les Enfants Terribles in the 12th Arrondissement offers updated bistro cuisine and a fixed menu, all of it halal.

While many see the growing popularity of halal as a sign of tolerance, some have condemned the expansion of halal as threatening and often uncontrollable.

Last year, the mayor of Roubaix, a city in Northern France with a large Muslim population filed a complaint against a fast food chain called Quick after it decided to offer exclusively halal meat in eight of its restaurants in Muslim neighborhoods. 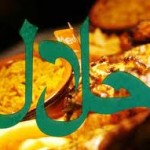 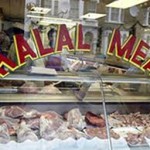