Indonesia’s Wakatobi archipelago was a thriving marine sanctuary full of life where hundred thousands of people have depended their livelihood and contributed millions of dollars to the Indonesian economy.

However, scientists are now worried that coral bleaching caused by higher sea temperature would cause damage across the Coral Triangle, a region of rich tropical reefs straddling in Southeast Asia and most coral reef area in Indonesia.

About 70 percent of the coral in Wakatobi was totally or partially bleached. In Aceh Province as much as 90 percent was killed, scientists said.

The Indonesian government and experts from environmental groups The Nature Conservancy and WWF, returned to Wakatobi to see if the marine park’s reefs had recovered.

Bleaching occurs when corals respond to stress, such as stronger than normal direct sunlight or elevated sea temperatures, by expelling the algae that live inside them and give them their brilliant colors.

In normal conditions the symbiotic algae provide the corals with nutrients, and without them the corals turn white and can die within days. They may also recover, depending on the circumstances.

About 16 percent of the world’s reefs died in the 1998-1999 global bleaching that was linked to the El Niño and La Niña weather cycles in the Pacific Ocean.

That crisis, providing a wake-up call to scientists about the dangers posed to reef systems from global warming and the millions of people who depend on them for livelihood.

Last year’s coral bleaching event has given scientists a chance to apply resiliency theories on reefs and see which kinds of reefs, under which circumstances, are best suited to adapt to warmer seas.

The aim is to develop a kind of survival checklist which can be used to identify key reef systems that should be given priority in the designation of marine parks and conservation zones.

The massive archipelago of 17,000 islands hopes to boost this area to 20 million hectares by 2020, a recognition of the importance the government places on reefs as sources of revenue and food for millions of people.

Globally, the value of coral reefs in terms of goods and services has been estimated at $385 billion annually. In Indonesia it’s more than $3 billion.

Some 500 million people, mainly in developing nations in Southeast Asia and around the Indian Ocean, depend on reefs for their daily livelihoods.

A study by two dozen conservation and research groups led by World Resources International released last month said that without quick action to arrest global warming and reduce other human impacts, the world’s reefs could be wiped out by 2050, with grave implications for humanity as a whole. 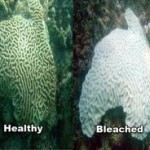 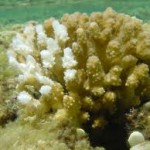