President Benigno Aquino III dared Chief Justice Renato Corona to face the impeachment proceedings at the senate which is the proper forum to defend himself to the charges thrown against him.

Aquino has the confidence that the articles of impeachment now at the senate embody the sentiments of the citizenry regarding the lack of leadership of Corona to head the Supreme Court.

It follows that if the case is strong Aquino expect the senators to follow and address what the Filipino people want, that is to protect the integrity of the Supreme Court as an institution.

The President did not emphasize he would personally sway the senators to vote for Corona’s impeachment.
“I know what I’m supposed to do. And I will do what is necessary to fulfill my oath of service to the Filipino people,” Aquino said hinting however at his having a hand in the impeachment of the Chief Justice.

Aquino however said that Corona’s impeachment should not have a ‘chilling effect’ on other justices of the high court.

If given the chance to appoint a chief justice, Aquino believes that the next SC head would not be beholden to him.

He praised the 188 lawmakers who impeached the chief justice. Aquino said Corona, whom he called ‘pariwara (stray)’ deserved to be impeached as he was “eroding the dignity of the Supreme Court.”

“There is an excess of evidence, can we still hope that Mr. Corona will change? We are convinced that when it comes to (Pampanga Rep. Gloria) Arroyo, Mr. Corona does not see right from wrong.”

“Our efforts to hold people accountable are useless if the scales of justice are already tipped to favor a certain person. The truth is clear: Mr. Corona was appointed to the Supreme Court, not as a protector of justice but as the protector of Mrs. Arroyo,” the President added. 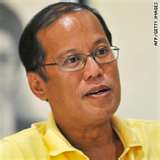