A husband that is so generously thoughtful to his wife and vise versa could be the key to a happy relationship.

Couples with above-average generosity in their marriages reported that they were five times more likely to be ‘very happy’ in their relationship, according to a new study.

Experts say the generosity can be as simple as couple making coffee, giving flowers or physical attention.

‘It’s signaling to your spouse that you know them, and are trying to do things for them that are consistent with your understanding of them,’ said Bradford Wilcox, one of the study’s researchers.

‘Your spouse loves almond mochas, and you get her black coffee instead, it doesn’t count so much toward generosity,’ Wilcox added.

A fulfilling sex life ranked as the single biggest indicator of whether married couples were happy, but high levels of generosity also contributed to good times in the bedroom. This means generosity could be a key to sexual satisfaction and general happiness.

Generosity still seems a proven path to a happy relationship and has to be sensitive for it to work, foremost is to consider your partner’s needs. If your partner enjoys a fancy mocha and you buy black coffee, it doesn’t count.

About 50 percent of women and 46 percent of men with high levels of generosity in their marriages reported being ‘very happy.’

By contrast, just 14 percent of couples who did not have high generosity were happy.
The survey examined 1,400 straight couples with children between the ages of 18 and 46.

The researchers compiled a list of five elements most likely to make a marriage happy: Sexual satisfaction was first, followed by a sense of commitment.

Generosity and a positive attitude toward the couple’s children were important, as well. Women also need social support from friends and family and men need spirituality within the marriage, the researchers found. 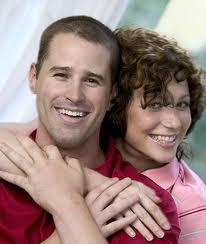