LeBron James, who consider game 5 a ‘now or never,’ vowed to do better this time, responded with 17 points, 10 rebounds and 10 assists but his performance was not enough for the night and he seemed not playing his usual self.

Dwyane Wade struggled to finish with 23 points due to a sore left hip caused in first quarter collision with Mavericks reserve Brian Cardinal on a drive to the basket, and Wade didn’t return to the bench until more than 3 minutes into the second.

It would now be a ‘do or die’ for Miami Heat in game 6, as enormous pressure is surmounting upon them to level off on Sunday their game with Dallas Mavericks to keep their hope alive for the NBA Finals Championship.

Miami Heat fans were hoping that they would bounce back in game 5, after it has been defeated by Mavericks in game 4, 86-83, but only to be defeated again by a big margin, 112-103.

“I could have made a couple of more plays for my team,” James said. “But at the end of the day, all it’s about is a win or a loss. Triple-double means absolutely nothing in a loss. So we will be better in Game 6 on Sunday.”

The Mavericks shot 60 percent through three quarters, briefly gave up the lead in the fourth, then outscored Miami 17-4 in the final 4:23, controlling the final few minutes just as they had in thrilling comebacks in Games 2 and 4.

“We didn’t want to go to Miami and give them basically two shots to close us out. So we kept plugging there in the fourth. So definitely a big win for us,” Dirk Nowitzki said. “And now we have to go down there and basically approach Sunday’s game as Game 7.” 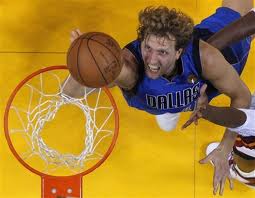