The fifth seed Ferrer’s relentless hitting proved too much for Djokovic giving the 29 year old Spaniard a spot in the semifinals.

“I just wasn’t there,” said Djokovic. “It was the worst match I’ve played this season so far definitely.”

Back in July the 24-year-old Serb was invincible and looked to be on the way to one of the greatest individual seasons ever, but by last night he was a shadow of himself.

Djokovic can still advance to the semifinals if he beats fellow Serb Janko Tipsarevic on Friday, but he isn’t hopeful.

Ferrer’s energetic retrieving around the baseline appeared to sap the belief from Djokovic, who spent much of the second set shooting pained looks at his support camp or shrugging his shoulders in despair.

This was certainly not the former self of Djokovic as he was powerless to resist the surging tide of the diminutive Spaniard’s ground strokes.

It took 1 hour and 15 minutes by Ferrer to defeat the Serb. 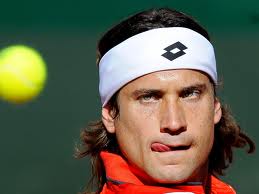