Environmental activists have long been urging the government to stop the sale of shark fin which is commonly used in soup with some regions in Asia and especially in China.

Sharks are hunted each year for their fins which is considered by many in China as a delicacy and good for health.

The Hong Kong Shark Foundation’s supporters stage a demonstration to raise awareness of the shark’s dwindling population worldwide because of their fins.

In response to the call, the Peninsula Hotels chain is to stop serving shark fin effective in January 2012 as announced by its parent company, the Hong Kong and Shanghai Hotels Ltd.

The move was hailed as a historic breakthrough by campaigners to protect marine ecology and the deliberate overfishing of the sharks as well.

Shark fin soup is an expensive staple at wedding parties and business banquets in the Hong Kong hotel.

Chief executive officer Clement Kwok said: “By removing shark fin from our menus, we hope that our decision can contribute to preserving the marine ecosystem for the world’s future generations.

The European Union (EU) has restricted shark finning at sea, the practice of slicing off the valuable fins and throwing the body overboard to drown.

The consumption of shark fins is a driving factor behind the threat to shark populations, with more than 180 species considered threatened in 2010 compared with only 15 in 1996, according to World Wildlife Fund (WWF) Hong Kong.

A kilogram (two pounds) of premium dried fin can fetch up to HK$10,000 on the street in Hong Kong, or as little as HK$200 for fins of lesser quality.

The demand is such that Hong Kong is the global focus of the shark fin trade, with WWF estimating that around half of the world?s fin catch passes through the city.

About 73 million sharks are killed every year, with Hong Kong importing about 10,000 tonnes of fins annually for the past decade, WWF said.

Shark fin soup is regarded as an important status symbol for hosts wanting to demonstrate their wealth in Chinese banquets, and is believed to have various health benefits in traditional medicine. 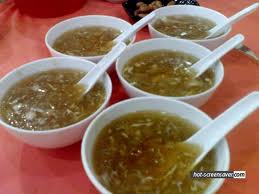 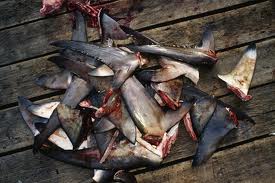