The European Respiratory Society’s Annual Congress in Amsterdam, forecasts that Belgium, France, Spain and Portugal will see the biggest climate induced increase in ozone related deaths over the next 60 years.

The discoveries divulged that since 1961, Belgium, Ireland, The Netherlands and the UK have seen the biggest impact on ozone related deaths due to climate change.

In their health assessments as to the impact of a changing climate, scientists used the emission scenarios to simulate how the various future ozone levels are affected by climate change.

Health impact assessment is led by Prof Bertil Forsberg from the Umea University in Sweden. The aim is to prepare the health sector for changing public health needs due to climate change.

Climate change that has occurred since the 1970s, it has caused over 140,000 excess deaths annually by the year 2004, according to the World Health Organization (WHO). Its impact on our environment, resources, health and many deadly diseases are specifically sensitive to climate change.

According to Marc Decramer, president of the European Respiratory Society (ERA), outdoor air pollution is the biggest environmental threat in Europe. That could be seen increased in hospital admissions, extra medication and millions of productivity lost.

The ERS is calling for a collaborative approach between health professionals and policy makers, to protect vulnerable populations from the damaging effects air pollutants can have.

Air pollution expert from Estonia, Dr Hans Orru, regards ozone as a highly oxidative pollutant, linked with hospitalizations and deaths due to problems with the respiratory system.

Their study has shown the potential effects of climate change on ozone levels and how this change will effect to the health of Europeans. 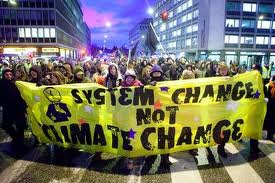