Demi Moore who has appeared increasingly frail in recent weeks, was taken to hospital by ambulance following a call to 911 just before midnight after the actress allegedly suffered a seizure.

The 49-year-old Ghost star has become frighteningly thin since her split with husband Ashton Kutcher, and a source close to the actress described what happened to her.

Representatives for the star refused to directly comment on the substance abuse allegations. But her spokesperson said the actress is seeking ‘professional assistance’ after the stresses of recent months.

Demi has chosen to seek professional assistance to treat her exhaustion and improve her overall health. She looks forward to getting well and is grateful for the support of her family and friends,” Moore’s spokeswoman said in a statement.

The statement follows media reports that Moore was rushed to hospital on Monday night after paramedics were called to her Los Angeles home. According to reports, paramedics arrived at the actress’s home in Los Angeles after 911 was called at 10.45pm on Monday.

The news emerged as her young husband, 33, from whom she is estranged, was enjoying a beer as he partied with friends at a Bruno Mars gig in Brazil.

Ashton, has been in the South American country for its fashion week. 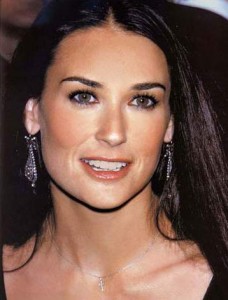