They claim to boost health in various ways including raising energy levels to allowing the body to focus on self-healing.

But David Bender, an emeritus professor of nutritional biochemistry, has belied such suggestions in an article entitled ‘The Detox Delusion’, published in the Society of Biology magazine, The Biologist.

In it, he says the term ‘detox’ has gone from describing a chemical reaction involved in the production of urine to a ‘meaningless marketing term’ and takes apart the claims made on behalf of detox diets.

He says that they are at best unfounded, more likely demonstrably false, and at worst dangerous.

Professor Bender, of University College London, writes: “I am not sure what ‘self-healing’ is and the idea of ‘raised energy levels’ is nonsense.

“The whole philosophy of detox is based on the unlikely premise that accumulated toxins cause a sluggish metabolism, weight gain, general malaise and so on.

“Weight gain is due to an imbalance between food consumption and energy expenditure. There is no magic shortcut for weight loss, you have to eat less and exercise more. It’s that simple.” 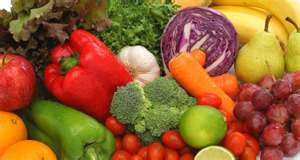