Scientists Jeffrey Friedman of the United States and Douglas Coleman from Canada, who both have won many prizes for their discovery of leptin, could be candidates for the medicine award for 2011 Nobel Prize.

The Nobel Prize committee consider nominees to have won many other awards and distinction before they are considered for a Nobel.

The two scientists are credited for their work on a hormone that regulates food intake and body weight. They have shown that obesity is frequently linked to metabolic disruptions, or the lack of leptin, rather than being a self-induced problem.

The Nobel coveted prize is worth 10 million kroner (US$ 1.5 million dollars).

Another potential Nobel candidate is Japanese Shinya Yamanaka of Kyoto University, who made a breakthrough showing that stem cells can be made from ordinary skin cells thus reducing the need of using human embryos.

Yamanaka could share the prize with British cloning pioneer John Gurdon or Canadian stem cell researcher James Till. The discovery of blood stem cells by Till have saved the life of many leukemia patients.

According to science reporter Karin Bojs of Swedish daily Dagens Nyheter, there is a possibility that Yamanaka and Gurdon get to share the prize with Canadian James Till.

Bojs said other possible candidates for the prize are the American-French trio Ronald Evans, Elwood Jensen and Pierre Chambon for their research on nuclear hormone receptors, and American David Julius for his discoveries of the molecular mechanisms by which the skin senses pain, heat and cold.

Nobel Prize Committee Secretary Goran Hansson, hinted that the prize “will be awarded to fundamental discoveries that leads to an understanding of the human body and, or treatment or prevention of illnesses.”

Hanson said, there are so many Nobel-worthy achievements in medicine that it can be hard to select a winner.

Since the leak last year by a Swedish newspaper revealing jury’s selection in favor of British test tube baby pioneer Robert Edwards, the committee has since applied even stricter rules on keeping their discussions and documents surrounding potential candidates secret. But that doesn’t keep people from making predictions.

The Nobel Prize is named in honor of Swedish dynamite inventor, Alfred Nobel and since 1901, has awarded medicine winners for a specific breakthrough rather than a body of research. 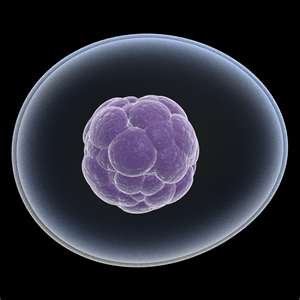