Deputy Commissioner Adam Silver is still skeptical after Friday’s NBA meeting if they could reach a deal this weekend.

After they met for more than four hours Friday, negotiators are to return Saturday for further talks, now on their second day hoping to arrive a compromise.

They have made some progress on Fridays meeting when Commissioner David Stern indicated that the union approved the owners’ plan for enhanced revenue sharing.

However, the salary cap structure and division of revenues remain the hurdle.

The salary cap remains an obstacle where players want the current soft cap that allows teams to exceed it through the use of certain exceptions.

They said that they will fight any attempt to change the status quo with the hard cap system.

The division of revenues is the last of what Stern called the Big Three items. Owners are seeking to reduce the players’ guarantee from 57 percent in the previous deal.

Stern had denied that he would threaten to cancel the entire season this early even if things don’t go well this weekend. Still, he repeated that there would be danger in not making progress soon.

There were 21 NBA players and 10 owners who attended the Friday’s meeting. 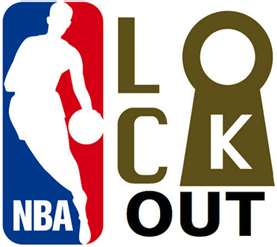