China is currently the biggest producer of rare earth elements (REE) in the world. Giving them the upperhand over a range of raw materials used in electronic equipment such as mobile phones and motor vehicles.

Early this year, China announced it had cut its export quota of REE by 35 percent for the first half of 2011 as part of the crackdown on illegal mining of the rare earth oxides.

Following the announcement of China to further tighten its control over REE production, the Philippines is now eying exploration projects for the development of the country’s rare earth elements deposits.

REE are also dubbed as the ‘metals of the future’ and ‘strategic minerals’ because of their use in the development of weapons guidance systems and other space age technologies.

“We have already found potential areas to explore and these areas are also close to copper-gold mines. Notably we can say Palawan and Mindanao are the best places to start,” Jasareno said.

Department of Environment and Natural Resources (DENR) Secretary Ramon Paje told reporters that they hope to secure technology and funding from Australia for a planned $5 million aeromagnetic survey of the Philippines’ mineral reserves, particularly in Luzon and Mindanao.

The DENR chief said the earlier proposal for the aeromagnetic survey was turned down by the Department of Foreign Affairs because of security and intellectual property rights issues. 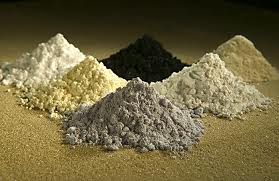