Laws that favor men in Iranian society especially on divorce, has aggravated the situation and instigated the sentiments of Iranian women in pushing divorce from their partners.

There is one divorce for every seven marriages nationwide in Iran. Not only is divorce on the rise, but early marriages failure were noted with 30 percent of divorce occurring in the first year of marriage and 50 percent in the first five years.

Some people are doubtful to the government statistics suspecting that the number are even more higher. There are varying explanation for the rising divorce rate. Some commentators emphasize factors like the fast phase of urbanization, high cost of living and a high unemployment rate that government estimates put it to one in four among 16 to 25 year olds.

The conservatives pointed out the growing godlessness among the youth and the corrupting effects that has brought in by the western media as its principal culprits.

About 20 percent of Iranian women are looking for jobs according to government estimates compared to the 7 percent in the first year after the 1979 Islamic Revolution.

Iran’s divorce rate is noteworthy considering the disparity on divorce law application that favors men. While men can end their marriages so conveniently in a matter of weeks without stating any reason, women on the other hand, have to establish sufficient grounds for divorce in a process that can take several years of waiting despite professional legal advice.

Facing uneven odds, marital lawyers say, Iranian women have increasingly turned to leveraging their legal right to a ‘mehrieh’, a single payment agreed on before marriage that constitutes a kind of Islamic marriage insurance. Men are obliged to pay this sum to their wives when they divorce them.

Under what are known as ‘divorces of mutual consent’, a woman may forgo part or all of her ‘mehrieh’ to provide a financial incentive to her husband to let her leave.

For Iran, with a conservative Islamic culture that strongly discourages divorce, the trend is striking, and shows few signs of slowing. In the last Iranian calendar year, ending in March, divorces were up 16 percent from the year before, compared with a 1 percent increase in marriages. 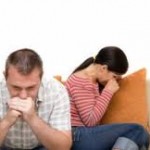