The overwhelming majority of Poles are Catholics. As a people, they are conservative when you compared them to their European neighbors.

On one hand, supporters and critics alike have acknowledged that Poland’s society has changed. On the other hand, they both are in total agreement that the Catholic church has lost its authority and credibility, as the majority of the population is moving toward a more secular view of life and discarding the church influence on individual morality.

Not long ago, Poland has been considered the European museum of Catholicism, but not anymore according to Szymon Holownia, program director for Religia TV.

Church supporters themselves have noted that the trending was obvious as far as statistical data is concerned, where 95 percent of Poles identify themselves as catholic, and yet only 41 percent attend Sunday mass regularly.

However, the numbers dropped significantly way below the 41 percent when it came to accepting moral mandates from the church about issues like divorce and vitro-fertilization, both issues of which the church has opposed while the majority of Poles have supported.

Church supporters and critics have observed that there have been a strong anticlerical movement in Poland, one that is unique to this nation and this is strangely not tied up with the sex scandal that have rocked the catholic church.

It is more closely linked to an almost genetic predisposition to rebel against authority inasmuch that the church’s celebrated heavy handed intervention in Poland’s politics and social issues were well known to be at odds with its followers and seemed to be at this point irreconcilable.

The ongoing drama has exposed the church’s influence has been also waning considerably in Poland, no doubt. 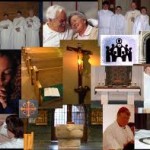 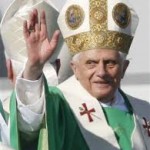