Duchess Catherine could be expecting a baby, a wave of reports from U.S. websites suggested.

Kate is now the center of speculation about a possible pregnancy after she refused to eat peanut paste on her trip to Denmark for fear of giving the baby an allergy when she refused the sample at a UNICEF distribution center in Copenhagen.

The suggestion that the Duchess may be on the family way was first raised by a British tabloid newspaper and was carried in succession by the U.S. media.

However, a spokesman for the Duke and Duchess of Cambridge refused to comment.
The latest rumor that Kate may be pregnant is not the first in the U.S. press.

In September U.S. magazine Star magazine cover announced: ‘Kate Pregnant with Twins’ and the accompanying story quoted an unnamed source as saying: ‘William almost collapsed with joy, and relief, when Kate called to tell him she was pregnant.’

This was later swiftly denied by a Palace spokesman who told Us magazine: ‘If that were it true, it would be us that announces it, not a gossip magazine.’

Kate, sporting her reed-thin in an elegant red coat and high-heeled boots, was on her first humanitarian overseas trip with Prince William on Wednesday when she was offered the paste.

She politely declined and, according to reports, the sample, a staple of UNICEF packages handed out in areas suffering from famine in East Africa.

Doctors recommend pregnant women avoid peanuts and peanut by products while expecting in order to prevent the development of allergies in their babies-to-be.

The young royals spent their day in Copenhagen learning more about the situation in drought-stricken East Africa, touring the UN facility and even helping pack cardboard boxes of supplies.

The couple also enjoyed a private meeting with UNICEF donors and supporters, including British actor Sir Roger Moore, who has been a global goodwill ambassador for the charity for more than 20 years.

They then went to watch a British Airways mercy flight, headed for Nairobi, being loaded at Copenhagen International Airport, before themselves boarding a scheduled flight with the airline home. 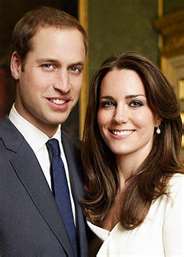