Emotional Stress Of Losing A Loved One Can Weaken Body’s Immune System & Reduce The Ability To Fight Off Infections.

Immunologists at the University of Birmingham have found that increased stress levels and depression brought on by grief can interfere with the function of a type of white blood cell known as neutrophils, which are responsible for fighting bacterial infections.

Now it can be told, it is really possible to ‘die of a broken heart’ according to research that has revealed how bereavement can weaken the body’s immune system and can reduce dramatically the ability to fight off infections.

The findings may help to explain anecdotal incidents of widows and widowers who have died days or even hours after their spouse.

Scientists have found that the emotional stress of losing a loved one can lead to parts of the immune system being suppressed, which in turn can leave grieving relatives more vulnerable to infections from bacteria.

Former Prime Minister James Callaghan died of pneumonia aged 92 in 1995, just 10 days after grieving the demise of Audrey, his wife of 67 years.

In the same set up, musician Johnny Cash, who died of complications related to diabetes while in hospital in 2003 at the age of 71. It was said at the time that he had been left weakened after grieving the loss of his 73-year-old wife June four months earlier.

The impact becomes more profound in older adults as, with age, they lose the ability to produce a hormone that can counteract this dampening affect, meaning even previously healthy elderly people can fall victim to disease following a bereavement.

“There are a lot of anecdotes about couples who were married for 40 years when one of them passes away and then the other dies a few days later. It seems there is a biological basis for this,” according to Professor Janet Lord, who led the research. 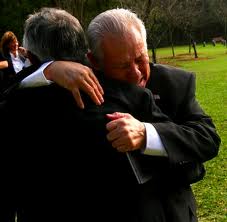