The 14-times major winner looked dominant as ever in that red shirt on Sunday to win the Arnold Palmer Invitational.

In the final round, Woods carded a two-under 70 to win from Graeme McDowell by five shots.

Woods finished at 13-under 275 for his 72nd PGA Tour win, one short of Nicklaus for second place on the career list.

“It does feel good. It feels really good,” Woods said before signing his card. “It’s been a lot of hard work.”

After completing the 98th victory of his professional career, Woods, who won his first major at the Masters in 1997, can now return to Augusta with a genuine chance of a fifth Green Jacket.

The win at Bay Hill, his record seventh in the event, puts the focus back on golf.
“He was a man on a mission today,” caddie Joe LaCava said. “He was pretty jacked up. He was out there to prove himself.”

Chasing a seventh Bay Hill title, Woods’ main rival was McDowell, who came from four back to beat him at the 2010 Chevron World Challenge in California.

England’s Ian Poulter was third, his best finish of the year, but Ernie Els shot a 75 to miss out on Augusta.

Els needed to finish outright third or better to qualify for the Masters by climbing back into the world’s top 50. 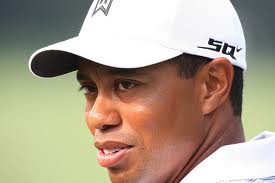