There are about 240,000 miles of gathering pipelines ferry the gas and oil to processing facilities and larger pipelines in the major energy-producing states nationwide.

Many of these pipelines course through densely populated areas, including neighborhoods in Fort Worth, Texas.

It is released through the drilling method known as fracking, and need to step up oversight to make sure they are running safely.

Most of those miles of pipelines are not regulated by the U.S. Pipeline and Hazardous Materials Safety Administration (PHMSA), which means they are not regularly inspected for leaks or corrosion, according to its report by the Government Accountability Office (GAO).

In some states, officials don’t know where the lines are.

Many local residents have no idea that the pipelines near their homes are not overseen by federal regulators, according to Emily Krafjack, who lives in the gas-rich Marcellus Shale formation in Pennsylvania.

Gathering lines that run in the rural northeastern corner of the state receive no federal oversight if there are fewer than 10 homes within 220 yards of the pipeline.

All over the country, there are about 200,000 miles of gas gathering lines and up to 40,000 miles of hazardous liquid gathering lines in rural and urban areas alike, ranging in diameter from about 2 to 12 inches. But only about 24,000 of those miles are regulated, according to the report.

The industry is not required to report pipeline-related fatality, injury or property damage information about the unregulated lines.

The pipeline agency is considering collecting more data on the unregulated gas gathering lines, but the plans are still preliminary and have met with some resistance from the natural gas industry.

Agency officials are reviewing more than 100 public comments received about their proposal for gas lines, and also plan to propose a rule that will cover hazardous liquid gathering pipelines by the fall, said Jeannie Layson, a PHMSA spokeswoman.

PHMSA delegates some enforcement of its rules to state-level pipeline safety authorities, who the GAO surveyed to understand the array of risks associated with gathering lines.

But in Fort Worth, where dozens of new gathering lines have been laid in recent years to capture supplies from hundreds of new wells, some residents say there aren’t enough protections from leaks and ruptures due to corrosion.

The recent surge in drilling also has led California lawmakers to write new laws to increase oversight of the industry.

Assemblyman Bill Wieckowski, D-Fremont, is sponsoring a bill now pending before a state Senate committee that would require gas and oil producers to disclose what chemicals they are using when they engage in hydraulic fracturing. 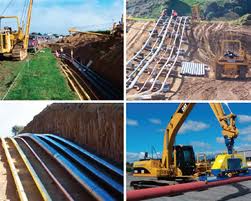