Alfalfa is used for livestock feed and can be planted early or late in the year. It is a major crop in the United States, grown on about 22 million acres.

The genetically modified crop seeds use by farmers have increased their harvests and help bring down the prices in the store outlet for consumers.

Voluntary safeguard is being initiated by biotech companies where their genetically modified alfalfa crops are propagated to prevent contamination of the same to non-modified crops.

The United States Agricultural Department (USDA) has declared that the modified alfalfa, used primarily for hay is safe for cattle consumption, but some consumers don’t buy the idea to consume foods derived from it, inclusive of milk or beef.

Millions of consumers in the growing US organic industry have long been cautious of genetically engineered seed companies like Monsanto, specifically explaining the purity of natural seeds, the ethics of consuming engineered foods and the probable environmental effects in creating new crop varieties.

USDA Secretary Tom Vilsasack had said recently that the department was contemplating one of the many proposals, government restrictions on planting of the engineered alfalfa thus giving hope to organic and other non engineered alfalfa producers.

The USDA is allowing widespread propagation in the United States of genetically modified alfalfa, attempting to bring to a close a lengthy legal and regulatory process in which organic producers tried to limit the use of the modified seeds.

The recently announced decision by USDA is a setback to the organic foods industry, which gripes that engineered seeds can infect their organic crops through pollination and bring genetically engineered foods into their farms.

In Europe, such modified crops are often dismissed as “Frankenfoods” and are an issue of fierce public debate. 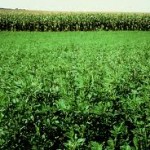 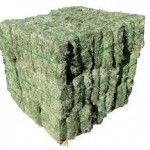 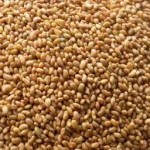