Around 85 percent of all Cubans with jobs are employed by the state earning about US$ 20 dollars per month in exchange for free access to services like health and education, and a ration of subsidized goods.

Eagerly and warily, Cubans are taking up the government’s offer to work for themselves, selling coffee in their front yards, renting out houses, making rattan furniture and hawking everything from bootleg DVDs to homemade wine. With this happening it’s obvious that free enterprise is now sprouting in communist Cuba.

By the end of 2010, the government had awarded 75,000 new licenses, according to Granma, the Communist Party’s official newspaper. In what could be the biggest remodeling of the state run economy since Fidel Castro nationalized all enterprise in 1968.

Streets which was once devoid of commerce in Cuban towns and capital Havana are gradually coming to life as people hang painted signs and bright awnings outside their houses and mount roadside stalls.

Technical professionals through leaflets dissemination are offering their services to the public while small entrepreneurs are creative enough to produce and sell beaded necklaces, ground sardines and toasted corn used in ceremonies at the shop in their yard.

But it is still a long way and from the amount needed to create alternatives for all the laid off workers and there is no guarantee that the market will support hundreds of thousands of freelancers.

Fidel Castro allowed the private sector to take root in the early 1990s, after the collapse of the Soviet Union. But over the years, the government stopped issuing new licenses and suffocated businesses with taxes and prohibitions.

Raul Castro who took over from his brother in 2006, says things have changed. In a speech in December, he urged the government and the Communist Party to help the private sector, not ‘demonize’ it.

However, many still remain skeptical, according to them they will not pursue to open new businesses until there is an established wholesale market, where they can get what they need to run a business like wood for carpenters and cable for electrician and so forth.

The Cuban government says it will set up a wholesale market, though it might take years, and this year will import US$ 130 million dollars worth of goods and equipment for the private sector.

“There is a lot more to be done for the state to get out of the way and for people to produce and employ,” said Ted Henken, an expert on the Cuban private sector at Baruch College in New York. 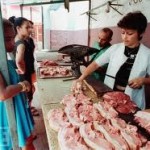 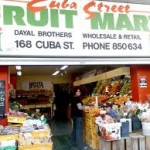 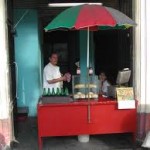