About 40 percent of the total value of agricultural output worldwide consists of meat, milk, eggs and fiber.

According to the Consultative Group on International Agricultural Research (CGIAR), an increasing demand for livestock industry products as well as the standards of living were noted in Southeast Asia.

In an assessment done by the group in the last 25 years in Southeast Asia, improved forage species have a potential role in supplementing crop residues for animal feeding, in fallow improvement and erosion control. There are well trained professionals in the region and close collaboration can be achieved through networking.

The key to success will be an expanded range of improved forage and the development of forage component technology with farmer’s participation, CGIAR declared.

Livestock production systems in Africa are in state of flux with a distinct move inclining them more in sedentary agriculture and the integration of livestock and crops.

Their immediate need , however is for forage legumes, for soil improvement and forages for commercial pen-urban dairying.

Animal production in tropical America is largely based on grazed pastures while there is an increasing demand for new forage components to improve the efficiency of animal production and to incorporate pasture phases in cropping systems.

Improved forage systems in the savannas have been shown to stabilize farm productivity, eliminating the need to clear more forest in the humid tropics and allow reforestation in the hillsides.

Worldwide, constraints to livestock production include poor quality of pastures, forages, crop residues which is in insufficient in quantities in drier areas.

The use of sown forages and forage legumes is inadequate due to the lack of awareness by farmers and availability of forage seed. 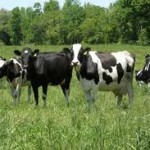 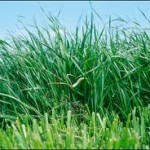