In the first long-term study of post-surgery epilepsy patients, researchers followed 615 patients for up to 19 years following surgery.

Scientists at University College London found almost half of people with the life-affecting condition are left seizure-free for ten years if they undergo a brain surgery.

They found 82 per cent of them were seizure-free after one year, 52 per cent recorded no seizures after five years and 47 per cent still hadn’t suffered an episode after a decade.

Their report, published in medical journal The Lancet, suggests surgery could be an effective alternative for the third of patients who don’t respond to costly drug treatment.

Study leader Professor John Duncan has noted that epilepsy sufferers, cannot control their condition with drugs should be referred for surgery sooner, according to researchers.

Surgery is an option only after the effectiveness of medication has been exhausted. There are several types of surgery.

Surgeons may opt for temporal lobe resection where the damaged section of the brain has been identified and is removed. Nine out of ten people with temporal lobe epilepsy will have this surgery to stop their seizures.

Epilepsy is a brain disorder that affects around 50 million people worldwide and can cause recurring seizures, in which brain cells send out faulty signals, causing sometimes violent muscle spasms and loss of consciousness.

There is no cure for the life-affecting condition but medications can help prevent seizures in some patients.

Around half of epilepsy cases are focal, where a specific part of the brain is affected, and surgery is only available to them in the UK when two or three types of medication have already failed. 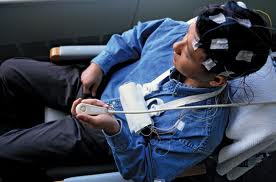