Prince William is to launch a campaign to protect fields and parkland from land developers on behalf of a charity which has fiercely criticized the Government’s controversial planning reforms.

The National Planning Policy Framework (NPPF), which introduces a ‘presumption in favor of sustainable development,’ has been strongly opposed by environmental groups and heritage organizations led by the National Trust and the Campaign to Protect Rural England.

Prince William’s video has been made for the Queen Elizabeth II Fields Challenge, which aims to give permanent protection to a diverse range of 2,012 recreational spaces by the end of next year.

In it, he asks viewers to visit the challenge’s website and vote for a piece of local coastline, field, park or woodland they most want to save.

Royal aides have disclosed that the Prince is hoping the sites will then become a focus for the jubilee celebrations in June, according to reports.

The winning candidates will be given a protected status as “Queen Elizabeth II fields” to commemorate the monarch’s diamond jubilee next year.

The Queen Elizabeth II Challenge was the brainchild of Fit, a charity for which the Queen is patron and the Duke of Edinburgh is president.

Its executives are among those who have voiced strong opposition to the Government’s radical planning reforms, accusing the Coalition of failing to protect playing fields from developers.

A Department for Communities and Local Government spokeswoman insisted that sports facilities would be protected under the new rules.

Ministers will this week be sifting through reams of responses to the Coalition’s draft framework following the end of a three-month consultation. 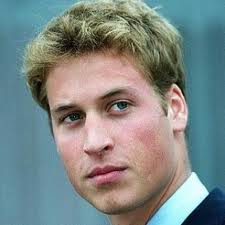