In a charity auction in New York, UK guitarist Eric Clapton has sold more than 70 of his musical instruments and some of his personal belongings.

Aside from the instruments, Clapton also sold his amplifiers and a Gianni Versace suit that was made for him in a 1990 concert at the Royal Albert Hall.

The stratocaster original was auctioned seven years back for US$ 900,000 dollars making it the most expensive guitar ever sold.

The sale at Bonham’s in New York has generated more than US$ 2.15 million dollars for Clapton’s Crossroads Center in Antigua, a charitable foundation which he established in 1998 after conquering his own addictions to alcohol and heroin. 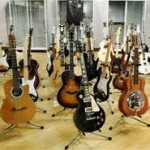 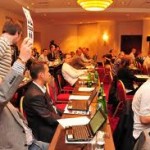