Rising prices of food commodities and petrol prices are risking to hinder economic growth in Asia, according to the report by the Asian Development Bank (ADB).

The financial institution has warned that if food commodities and petrol prices continue to escalate, the Asian economic growth could be decreased by 1.5 percent this year.

It was noted by the ADB, that the domestic food prices have increased at an average rate of 10 percent in many Asian economies this year and oil prices as well escalated because of the crisis in the Middle East.

A combination of these two factors, according to ADB, has been the hindrance for economic growth in the region. If left unchecked the prevailing crisis will effectively affect any gains in poverty reduction that has been made recently in the region.

While Asian economies have emerged strong from the global financial crisis, the rising cost of living is threatening to push millions of Asians into extreme poverty, the ADB has warned.

Food prices will remain critical in the short term while there have been production shortfalls noted in some countries because of bad weather.

Prices have also been pushed up by other factors, such as the weakening US dollar and rising fuel costs which resulted in many countries imposing export bans on their produce, a practice that is not helping their cause, according to the bank.

According to the ADB’s chief economist, Changyong Rhee, “To avert this looming crisis it is important for countries to refrain from imposing export bans on food items, while strengthening social safety nets.” 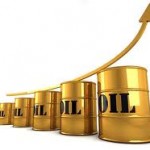