Prince William and Kate Middleton’s forthcoming royal wedding on April 29, has gotten more press exposure in the US than in UK, the venue where the wedding ceremony is to be held.

A Nielsen survey in the US has indicated that the news and media outlets have outperforms their UK counterparts in terms of wedding highlights and coverage.

The United Kingdom generates a higher overall level of consumer hits about the April 29 wedding, the United States has a higher share of coverage by traditional media sources.

Since the announcement made on the couple’s engagement, the media has published extensively their relationship, their personal details and their wedding ceremony plans.

Any news and details that concern the royal wedding have garnered high reader traffic not only to online but to offline readers as well.

Prince William is more popular on social media than Kate Middleton as per Nielsen survey. 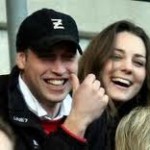