‘Living in the Material World: George Harrison’ is a book due for release in the autumn, at the same time with the Martin Scorsese’s film of the same title.

The book contains a foreword of Scorsese and charts Harrison’s early years, his time in the Beatles and his later years as a solo musician.

Olivia Harrison, George’s widow, will reveal several items of previously unreleased documents from his personal archive intended for the book, which will hit shelves to coincide with Scorsese’s upcoming film of the guitarist’s life.

Unseen photographs, personal letters and diaries written by Beatles star George Harrison are to be published in an illustrated history of his life. 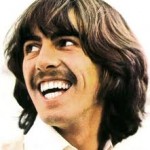