Ministers meeting in Brussels also working on other measures that could target Iran’s energy sector.

The Russian-built Bushehr nuclear power plant in southern Iran, Tehran insists its nuclear program is for peaceful purposes only.

The sanctions follow a UN report, that Iran had carried out tests related to ‘development of a nuclear device’.

But despite the report, Iran was not referred to the UN Security Council because Russia and China were opposed to the move.

Last week the US, Canada and the UK announced new sanctions against Iran in the wake of the report from the UN nuclear watchdog, the International Atomic Energy Agency (IAEA).

Britain announced on Wednesday it was expelling all Iranian diplomats from London, after pulling its own out of Tehran.

Ahead of the Brussels talks, UK Foreign Secretary William Hague said he wanted ‘an intensification of the economic pressure’, particularly the isolation of Iran’s financial sector.

The 27-member EU has already frozen the assets of hundreds of Iranian companies and has adopted measures to prevent new investment and technological assistance to Iran’s gas producing and refining industry.

The EU is yet to release details about the 180 officials and entities targeted by the sanctions.

Correspondents say foreign ministers failed to agree on an oil embargo against Iran because some EU countries are dependent on Iranian oil. 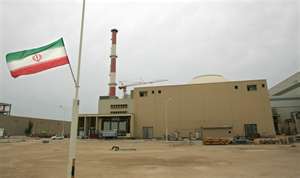