Flight records have shown that John Travolta was not in Los Angeles on March 16, the date when the alleged sexual assault took place refuting the first male masseur’s complaints filed in court.

As per the records obtained by TMZ.com, Travolta left Los Angeles International Airport at 8:21 in the evening on the 15th January, arriving in Westchester County the next morning at 3.59am.

The information supports Travolta’s alibi that he was not in Los Angeles when the alleged sexual assault happened.

However, despite the flight records backing up Travolta’s alibi, the first male masseur accuser known as John Doe no. 1 for withholding his identity, has come forward to insist that while he may have got the date of the alleged incident wrong, it still happened.

A source told RadarOnline.com that the charge still stands, with the amended date.

‘The lawsuit can’t and won’t be thrown out because the date was wrong by the first John Doe, which will ultimately be up to a jury to decide.’

Since John Doe no. 1 made his claims, two more men have come forward with similar allegations, the second, a male masseur and now third man a ship worker Fabian Zanzi from Chile, who accused Travolta of accosting him back in 2009 while he was working on the Royal Caribbean cruise ship.

Zanzi, the first of the three victims to be publicly named, told South American news website ABC.es that Travolta approached him and offered him US$ 12,000 to have sex with him.

He told the website he refused the Pulp Fiction actor’s advances.

Travolta’s lawyer, Marty Singer has strenuously denied the first and second claims and is yet to comment on the third allegations. 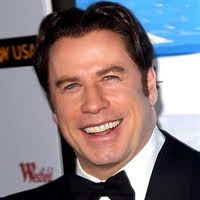