It aimed to treat areas of cancer which are only a few millimeters in size, a technique known as focal therapy.

They used a probe, placed close to the prostate, which emits sound waves that heat the targeted cells to 80 Celsius, while causing minimal damage to surrounding nerves and muscles.

Hashim Ahmed, a urological surgeon at the trust who led the study, says the results, 12 months after treatment, are very encouraging.

Standard treatment currently involves treating the whole prostate, either with radiotherapy or surgery to remove it completely.

But it can harm surrounding tissue, with a serious risk of side-effects, including urinary incontinence and impotence.

Focal therapy is similar in principle to the ‘lumpectomy’ operation commonly used as an alternative to a full mastectomy in breast cancer.

One year after treatment none of the 41 men in the trial had incontinence, and just one in 10 suffered from poor erections, both common side effects of conventional treatment. The majority about 95 percent were also cancer-free after a year.

The Medical Research Council (MRC), which funded the study, welcomed the results, which it said were promising.

Professor Gillies McKenna, director of the Gray Institute for Radiation Oncology and Biology, a joint collaboration between the MRC and Cancer Research UK, welcomed the findings.

“If these promising results can be confirmed in a randomized controlled trial, focal therapy could soon become a reasonable treatment choice for prostate cancer alongside other proven effective therapies.” 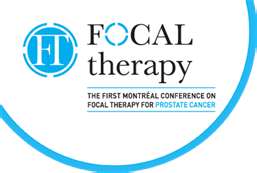