Japanese scientists have worked out how to use stem cells to create pigmented hair follicles that grew successfully when implanted into hairless mice.

Led by professor Takashi Tsuji from Tokyo University of Science, the team bio-engineered hair follicles and transplanted them into the skin of hairless mice.

When stem cells are grown into tissues or organs, they usually need to be extracted from embryos, but Tsuji and his researchers found hair follicles can be grown with adult stem cells, the study said.

In a two in one experiment, they have found a way of growing hair and of making it pigmented.

Their success has been on mice but they hope to test the technique on men for the first time in as little as three years.

And within a decade, the treatment could be in widespread use.

The combination of the new and existing technologies is expected to improve treatment for baldness, possibly allowing people to use their own cells for implants that will give them their hair back.

In future, stem cells could be extracted from a sample of skin taken from a man’s scalp and grown into healthy follicles.

Tens of thousands could then be grown in the lab before being injected back into a bald patch.

David Fenton, a consultant dermatologist at hair loss expert at St Thomas’ Hospital in London, said it seemed the Japanese researchers had cracked a problem that has puzzled others for decades.

He said that the ‘very elegant and beautifully done’ research would likely be of most benefit to burns patients and people with bad scarring over much of their scalp.

The Japanese research team also showed that by including a particular type of stem cell in the mix, it is possible to produce hair that is colored rather than white.

The researchers said: ‘We expect that our technologies will help to restore color to grey hair. We think that the person’s natural color will be reproduced by our technology in the future.’ 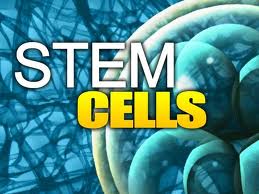