Rory Mcilroy retook the golf number one ranking from Luke Donald after the latter finished 37th place at the recent RBC Heritage golf tour in the United States.

The tournament was won by Sweden’s Carl Pettersson, with Donald never in contention after an opening-round 75.

The Englishman needed a top-eight placing in South Carolina to stay ahead of the Northern Irishman.

McIlroy wrote on Twitter: “#1 again without touching a golf club this week…. I wish it was that easy!”

US Open champion McIlroy briefly overtook Donald at the top of the rankings last month, and will now do so again despite sitting out this tournament.

The following tournaments in store for the world no. 1 for the month of May: 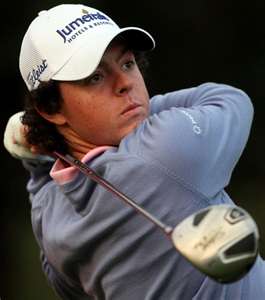