The eastern Libyan port city of Tobruk appears to be under opposition control. Wall writings against the Libyan leader Muammar Gaddafi are on the walls of the burnt out city council building. Nearly 300 people have been killed so far, according to Human Rights Watch.

Earlier, Col Muammar Gaddafi urged his supporters to attack the protesters against his rule and warned that anyone who took up arms against Libya would be executed.
Gaddafi portrayed the protesters as misguided youths who had been given drugs and money by Islamist and Libyans living abroad who are against his regime for fomenting the violence.

The Arab League condemned the use of force against protesters in Libya and said it would bar the country from League meetings.

The UN Security Council has condemned the Libyan authorities for using force against protesters, calling for those responsible to be held accountable.

In a statement, the council demanded an immediate end to the violence and said Libya’s rulers had to address the legitimate demands of the people.

Ibrahim Dabbashi, Libya’s deputy permanent representative to the UN in New York has called on Col. Gaddafi to step down. Though the council’s statement was not strong enough but still a good message to the Libyan regime in stopping the bloodshed, Dabbashi said.

The UN Security Council’s statement came after a day of debate on the uprising in Libya, which has seen the state lose control of much of the east of the country, foreign mercenaries allegedly attacking civilians on the streets and warplanes reportedly shooting and bombing protesters.

Earlier in the day, Tripoli was reported to be tensed, with almost-empty streets enlivened only by lines of people queuing for bread and petrol. Col. Gaddafi was delivering a speech broadcast on state television, saying that he is vowing to crush the revolt.

Shortly after the speech, in the eastern city of Benghazi, people watching the address reportedly threw shoes at television screens as a sign of their anger.

In New York, Mr. Dabbashi said he had received information that the Libyan leader’s supporters had started attacking people in all western cities.

German Chancellor Angela Merkel said Colonel Gaddafi’s speech was “very, very appalling” and “amounted to him declaring war on his own people”. 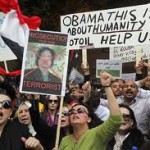 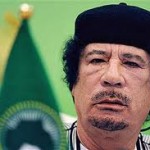 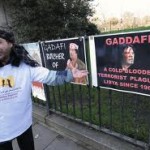