A more virulent type of the fungus known as Fusarium wilt emerged last month and quickly began spreading through plantations in the southern region of Mindanao, Philippines where most of the country’s banana exports come from.

The grower’s group has warned that unless the Philippine government finds a solution to control the disease, the banana industry could be wipe out in three years time.

The disease has already infected an estimated 1,200 hectares (2,950 acres) of local banana plantations according to Stephen Antig, executive director of the Pilipino Banana Growers and Exporters Association.

The Philippines is the second biggest exporter of bananas in the world behind Ecuador with about 70,000 hectares of plantations, according to the association.

The Philippines exports the Cavendish variety of banana, which is the most popular type around the world, according to Antig.

The disease also destroyed Cavendish plantations in Indonesia and Malaysia in the 1990s.

Antig urged the government to fast-track the creation of a research institute to enable local growers to develop a fruit variety that is resistant to the disease.

Traces of the fungus were found in controllable levels in the Philippines five years ago, but a more virulent type, a fast-spreading fungus that ravages the plant has emerged.

The fungi grow in the vascular system causing the plant to wilt. Banana pith discoloration occurred on the pseudostem and would show numerous brown and black lines running in all directions, and it emits a strong unfavorable smell.

Leaf symptoms appear after the fungus has spread through the corm and is characterized by a strong yellowing of the leaves. 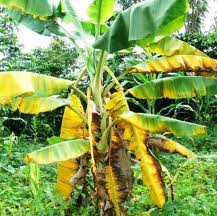 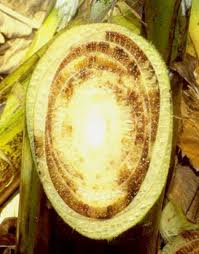