Michael Douglas and Matt Damon will star in a movie based on the life of flamboyant US musician Liberace.

The film, entitled ‘Liberace,’ is a flashback at the famed pianist’s relationship with his younger partner at a time when coming out could kill a career.

It is scheduled to start shooting next summer under the direction of Steven Soderbergh.

From its inception of the project, Soderbergh had two priorities getting it right creatively, and getting as many people as possible to see it.

Douglas will don the jeweled capes of Liberace while Damon plays his partner, Scott Thorson.

Pianist Liberace, known for his lavish lifestyle and exuberant performances, died in 1987.

In January, Douglas talked about working with Damon for the upcoming biopic, revealing that the two men would be sharing some intimate moments in the movie.

Jerry Weintraub, a Hollywood old timer will produce the film for HBO. The film is tentatively to be released in 2013.

Steven Soderbergh declares that it will be one of his last films before he retires from the craft. 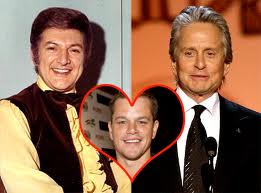