Gary Busey is financially broke as court documents reveal he is worth less than US$50,000, files for bankruptcy.

The 67-year-old actor submitted documents in California yesterday, according to celebrity website TMZ.

Gary Busey was well remembered in the Philippines about his role in a film ‘Dangerous Life’.

He played as an American TV journalist Tony O’Neil, who witness the key events that lead to the downfall of the Marcos regime.

The events relate from the assassination of Benigno Aquino, Jr. in 1983 up to the 1986 People Power Revolution in the Philippines that ousted the Marcos dictatorship.

Despite starring in more than 70 movies over his career, the actor has less than US$ 50,000 to his name and owes more than US$ 500,000 in various debts, the court papers show.

The actor received an Academy Award nomination for Best Actor in 1978 for his role in The Buddy Holly Story.

He also had notables roles in the 1991 movie ‘Point Break’ and ‘Lethal Weapon’ (1987).
But more recently, Busey has resorted to appearances on reality tv shows and low budget movies. 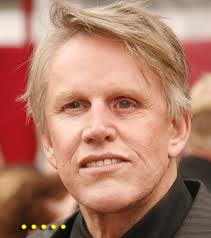