Dengue is caused by a virus transmitted by the Aedes aegypti mosquito as it bites. The male mosquitoes are modified so their offspring die before reproducing.

The genetically modified (GM) mosquitoes could prove effective in tackling dengue fever and other insect-borne diseases, according to a UK-based scientific team.

The World Health Organization (WHO) estimates that there may be 50 million cases of dengue each year, and the incidence is rising.

The Aedes aegypti mosquitoes that carry dengue cannot be curbed by bednets or indoor spraying.

When females breed with the sterile males rather than wild fertile ones, there will be no viable offspring, and it meant there are fewer mosquitoes around to transmit the disease.

Since 1940, it was already known that releasing sterile males into the wild could control insects that carried diseases.

In a dengue-affected part of the Cayman Islands, researchers found the GM males mated successfully with wild females.

In Nature Biotechnology journal, they say such mating has not before been proven in the wild, and could cut the number of disease-carrying mosquitoes.

In the latest study, the research group from Imperial College London and the Liverpool School of Tropical Medicine, released batches of GM mosquitoes in 2009 in an area of the Cayman Islands where Aedes aegypti are common, and dengue sometimes present.

A proportion of the eggs collected from the study area in subsequent weeks carried the introduced gene, meaning the biotech mosquitoes had mated successfully.
The GM larvae also carry a fluorescent gene that distinguishes them from wild relatives

“This study is the first to show that the mosquito population could be suppressed this way,” said Dr Raman Velayudhan, a WHO dengue expert.

The next step in the work is to demonstrate that deploying GM males does suppress the insect population enough that it is likely to have an impact on dengue incidence.

Dr. Luke Alphey, a visiting professor at Oxford University said results from a project last year in the Cayman Islands suggested this had been achieved. 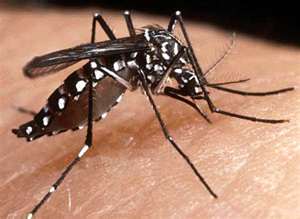