The marital union of Kim Kardashian and Kris Humphries lasted only for 72 days and their divorce date coincides exactly a year when the pair first met on October 31, 2010, at a New Jersey Nets game.

Sources close to Kim and Kris said their relationship was ‘pretty much an arranged marriage right from the start’ and Kim was ‘never really into’ her husband, but went along with the wedding as a ‘publicity stunt’.

As Kim announced the divorce, the inevitable questions began to pop up of how much money the pair made from their union.

Whatever the truth, there is no doubt that Kim’s marriage has been lucrative happenings for the Kardashian family.

The wedding, which would’ve cost the couple US$ 10 million, less expenses, they netted a whopping US$ 18 million.

A huge chunk of around US$ 15 million is thought to come from TV rights which formed part of the family’s exclusive deal with E!

The happy couple also bagged US$ 1 million from People magazine for exclusive shots of the apparently joyous occasion.

Even before the big day, Kim was paid US$ 500,000 to host her bachelorette party at Tao in Las Vegas.

Even how heartbroken he is, Kris has benefited hugely from the split.
He was earning around US$ 40,000 per game but since marrying Kim, has been hitting the quarter of a million mark each day.

E! report that alongside the prenuptial agreement she put in place, the brunette wants property separated immediately, and for each party to pay their own legal fees.
One fan who tweets as Bookgirl96 summed up the prevailing mood when she wrote: ‘The Kim Kardashian definition of ‘forever’ is ‘when the check is cashed.’

It was referring to the tellingly passionless statement that Kim eventually released: ‘I hope everyone understands this was not an easy decision. I had hoped this marriage was forever but sometimes things don’t work out as planned. We remain friends and wish each other the best.’

Four million viewers watched the original wedding special, and 900,000 are estimated to have tuned into each repeat.

But the Kardashians appeal rests upon their viewers feeling that they are allowed an honest, almost voyeuristic, glimpse into this gilded world.

If fans believe their emotional connection is being exploited, it’s likely they’ll turn off in their droves. 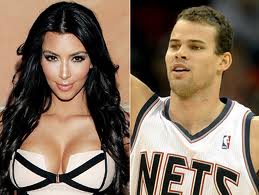