Mikheil Saakashvili became president of Georgia after President Eduard Shevardnadze resigned in a November 2003 bloodless “Rose Revolution” led by Saakashvili himself and his political allies.

Since taking office after an uprising in 2003, Mr. Saakashvili, the country’s Western-leaning president has worked to wrench Georgia out of Moscow’s influence and move it closer to the United States, so determined is his effort that it was an element in 2008 war between Georgia and Russia.

The government has already invited 1,000 English speakers to Georgia and hopes soon to have another 500 in place. The teachers live rent free with Georgian families and receive about US$ 275 dollars a month.

The initiative reflects the ambitions of the Georgia’s government to urge a linguistic revolution. The goal is to make Georgia a country where English is as common as in Sweden and in the process to replace Russian as the dominant second language.

During the Soviet era, the Communists used the Russian language to bind the nation’s far flung regions, requiring it as the second or primary language from Estonia to Uzbekistan.

Since the collapse of the Soviet Union, many of the former members of the Soviet Republic have lifted their own languages and marginalized Russian language use in order to bolster their independence and national identities. 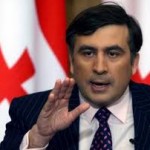 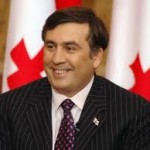