Some discoveries have augmented significant signs into the past of human migration, diet, health and ethnic origins according to Maria Victoria Monsalve, a pathologist of British Columbia who studies ice mummies.

According to her, some of the most valuable discoveries in recent years include three Inca child mummies found on the summit of Mount Llullaillaco in northern Argentina and a 550 year old iceman discovered by sheep hunters in British Columbia.

Younger mummies can also add to the historical record. Among the discovery is a three well preserved soldiers fighting from World War I, were found in a scene of high altitude Italian Alps in 2004.

Along the range of the Andes in Bolivia, it has been long plagued by airplane crashes and climbing mishaps of mountaineers, the discoveries are helping to solve decades old mysteries. The melting of the ice is an unexpected boon for those yearning to see back in time.

To the family of Rafael Benjamin Pabon, a 27 year old pilot whose Douglas DC-6 crashed into the north face of the 6,088 meter high Huayna Potosi, a rugged Andean peak that hovers over La Paz, Bolivia in 1990, the discovery was a relief of sorts to them.

For twenty years, the mother, Yolanda Galindo de Pabon , 69, had been tortured by thoughts of what had happened to her son. The discovery of the son’s body has put an end to the doubts.

Eulalio Gonzalez, 49, the climber who carried the pilot’s mummified body down from the mountain, “There are more ice mummies in the peaks above us.” he said. “Melting glaciers will bring them to us.” he added.

“It looks like a warming trend seen in many regions is continuing,” said Gerald Holdsworth, a glaciologist at the Arctic Institute Of North America in Calgary,
Alberta. “There are still some large snowbanks left in promising places, and many glaciers of all different shapes, orientation and sizes, so the finds could go on for a long time yet.” 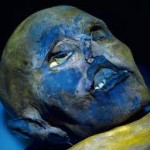 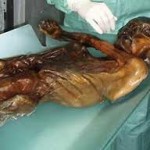 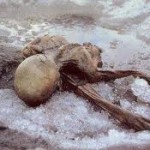