The Quechan Indian Tribe sued the United States government over its approval of a second Tessera power plant, contending that the 709 megawatt Imperial Valley Solar Project would harm the flat tailed horned lizard, an animal proposed for endangered species protection.

With seven large solar power plants already approved that would cover 108 square kilometers of the California desert, environmentalists and regulators have increasingly become concerned about the impact that industrialization of the desert will have on fragile landscapes.

The California Energy Commission approved Tessera Solar’s huge Calico project in Southern California only after the company agreed to cut the project nearly in half to avoid having to relocate most of the 104 desert tortoises found on the site of last year.

The commission’s staff has indicated that it is unlikely to recommend the licensing of Solar Millennium’s 250 megawatt Ridgecrest power plant because of its impact on the imperiled desert tortoise and the Mohave ground squirrel.

On the construction site of the US$ 2 billion dollars Ivanpah solar power plant, biologists scan for desert tortoises in a landscape studded with creosote bushes.

“Nobody is allowed on the site without a biologist to escort them,” said Mercy Vaughn, the lead biologist for Bright Source Energy of Oakland, California, the company that is building the 370 megawatt power plant.

Bright Source waited 3 years for the project to be licensed by the California Energy Commission. The company shrank Ivanpah by 12 percent, reducing the number of tortoises that would have to be relocated and avoiding an area of rare plants.

“If wildlife issues are not at the top of a developer’s list, they should be,” according to Karen Douglas, the chairwoman of the California Energy Commission, which licenses large solar thermal power plants, with their huge mirror arrays, solar dishes and towers. 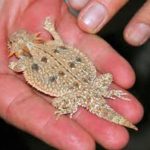 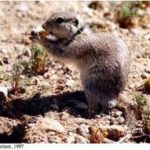 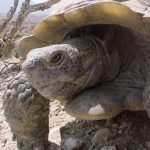