Italy’s National Institute of Nuclear Physics said today that Antonio Ereditato had stepped down from the leadership of the OPERA experiment.

The measurements on the speed of neutrinos were widely questioned in that experiment when they were announced last year that the subatomic particles travel faster than the speed of light.

Prof. Ereditato oversaw results that appeared to challenge Einstein’s theory that nothing could travel faster than the speed of light.

When the results from the Opera group at the Gran Sasso underground laboratory in Italy were first published last year, they shocked the world, threatening to upend a century of physics as well as relativity theory, which holds the speed of light to be the Universe’s absolute speed limit.

The OPERA team itself had cautioned in September that the measurements needed to be checked by independent researchers because they appeared to go against a key tenet of modern physics, that nothing can travel faster than light.

Breaking that rule, which underlies Albert Einstein’s famous special theory of relativity, could have opened the door to a new kind of physics in which time travel and warp speeds might be possible.

The experiment involved measuring the time it took for neutrinos to travel the 730 kilometers (450 miles) from Cern laboratory in Geneva, Switzerland to the lab in Italy.

Speaking at the time, Professor Ereditato added ‘words of caution’ because of the ‘potentially great impact on physics’ of the result.

Despite the call for caution, the results caused controversy within the world of physics.

In February, the OPERA team acknowledged that it had found a flaw in the technical set-up of its experiment that could have affected the measurements, but held off on calling them wrong.

Earlier this month, a test run by ICARUS at the same Italian laboratory recorded neutrinos traveling at precisely light speed.

Sandro Centro, co-spokesman for the Icarus collaboration, said that he was not surprised by the result.

OPERA, ICARUS and two other teams will try to settle the issue once and for all by conducting further tests at the European Organization for Nuclear Research, or CERN, in May. 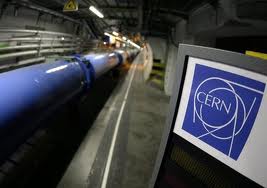 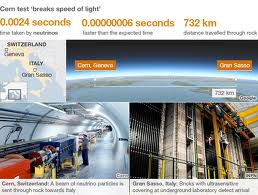