The heat wave began a week ago in the Plain states (Iowa, Kansas, Minnesota, Missouri, Nebraska, North Dakota and South Dakota) and is expected to spread east through the weekend.

It is lasting longer than most heat waves and is spread over an unusually wide area according to Travis Hartman, the Energy Weather Manager at MDA Earthstat.

The heat wave invading the central and southern United States have claimed for at least 22 human lives this week as forecasters warned that the abnormally hot weather could last into August as it moves east.

The National Weather Service said 141 million people in more than two dozen states were under a heat advisory or warning because of the soaring temperatures, the most recent in a series of heat waves that have scorched the country’s midsection off and on since last May.

Hospitals in Wichita, Kansas, treated 25 heat related illnesses, according to the National Weather Service. In Des Moines, Iowa, 16 people have been hospitalized because of this week’s high temperature.

Lines and equipment are not fully taxed and there is more generating and transmission capacity available than usual because of the weak economy. Also, not many major storms are in the forecast, meaning fewer downed power lines.

Nationwide, the two days (Thursday and Friday) will be hotter than any time since 1950, says Hartman.

The prolonged brutal heat was also endangering livestock. Up to 1,500 cattle have died in South Dakota because of the heat wave, according to the state’s veterinarian, Dustin Oedekoven, and he expects that number to rise.

In Wisconsin, dairy farmers like Dave Daniels, the owner of Mighty Grand Dairy farm in Kenosha County were blaming the prolonged heat for a drop in his herd’s milk production.

The high heat and humidity have been stressing U.S. crops, particularly corn, which is now in a key growth stage when heat and moisture can cut final yields.

Grain traders in Chicago and Kansas City also said the drought and heat in the Plains was beginning to cause concern about the fate of next year’s output of hard red winter wheat crop, the primary wheat of the United States, which is grown in a parched swath from Texas to South Dakota.

Farmers plant that crop each autumn and harvest the following summer. But if rains did not come soon, farmers may not plant wheat because of the powdery dry soil. 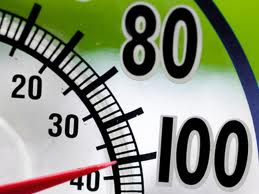 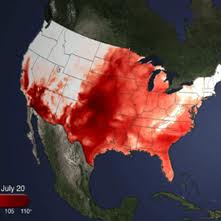