Dwyane Wade kept soaring and scoring, doing everything he could to get the Miami Heat a crucial win towards an NBA title.

A one eyed Chris Bosh made a 16-foot, go-ahead jumper from the baseline with 39.6 seconds left and Haslem pestered Dirk Nowitzki the rest of the way as the Heat held on for an 88-86 victory over the Dallas Mavericks on Sunday night for a 2-1 lead in the NBA finals.

“This is a total win,” said Wade, who led Miami with 29 points and 11 rebounds. “You want to win the game on the defensive end of the floor and we got a stop.”

Recent history says this is a huge win for the Heat. The Game 3 winner in a tied finals has won the championship all 11 times since the 2-3-2 format began in 1985.

The Heat are headed into Game 4 on Tuesday night with a chance to do what they did in 2006: win it all on Dallas’ floor. They’ll need to win that game and the next, on Thursday night. 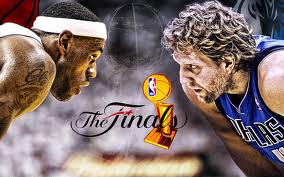