Actor Wesley Snipes is serving a three-year prison sentence after he was convicted in 2008 in a Florida court for not filing personal income tax returns and not paying any taxes from 1999 through 2004 despite earning more than $37 million as an actor and producer.

Snipes, 48, who has served nearly one year of his three-year sentence, suffered a legal setback on Monday when the U.S. Supreme Court refused to review his tax case appeal.

According to lawyers for Snipes, the case was improperly lodged in Florida and should have been moved to New York, they contended that during the earlier tax years in question, Snipes lived with his family in New York City and then moved to a home in the northern New Jersey suburbs. He also had a residence near Los Angeles. However, the trial judge and a U.S. appeals court rejected those arguments.

Prosecutors from the U.S. Justice Department supported that Florida was the proper forum of the case.

Evidence was presented by prosecutors at the trial that Snipes was born in Florida, had a home in Windermere, Florida, since 1992, had a Florida driver’s license and listed Windermere as his residence in contracts for the “Blade” movies.

The defense contended in their Supreme Court appeal that the trial judge should have resolved the venue of the case issue prior submitting it to the jury.

The Supreme Court rejected the appeal without any comment, refusing further to hear the case. 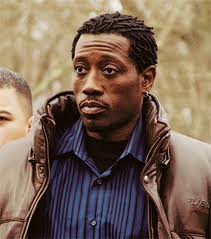